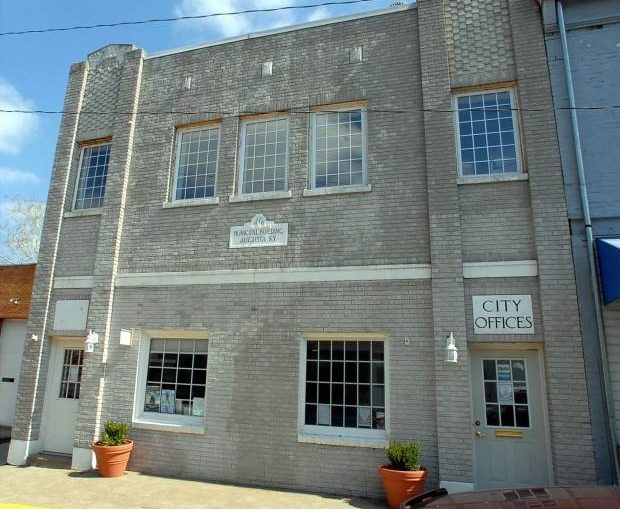 At the beginning of the meeting, Chris Hartman, executive director of the fairness campaign, spoke about the ordinance and what it would mean for the city.

According to Hartman, there are 21 cities in Kentucky that have passed a fairness ordinance.

“People can be denied entrance into a business or ejected from a restaurant is they are suspected of being gay,” Hartman said. “By passing this ordinance, that would be made illegal in Augusta. You can’t refuse service to someone because of the color of their skin. If you do that, you violate civil rights laws.”

Several people spoke out against the possibility of passing an ordinance, with many people saying it would “cause harm” to the city and it was acting against individual’s religious beliefs.

One woman read the preamble to the Kentucky constitution that discusses protections for civil, political and religious beliefs.

“The protections for religion are important because religion helps with the ability to conduct one’s life according to conscious and moral conviction,” she said. “Religion teaches us how to conduct ourselves with our fellow man, it encourages virtue and provides a moral compass to society. No human authority should try to interfere with that. We believe a fairness ordinance trashes the rights we’ve been given by God and the constitution of Kentucky.”

Another person asked about whether or not a fairness ordinance would require pastors to marry homosexual couples.

Hartman said the ordinance would not affect churches. No church would be required to marry any couple.

One woman used herself as an example for her reasoning to be against a fairness ordinance.

“I am a chaplain and a woman. I’ve been discriminated against. Different religions and denominations will not ordain women, allow them to teach or lead. I respect that. I don’t go into their place and try to force my theology on them. I go where I feel comfortable. We don’t need an ordinance to tell us what to do.”

Not all comments were negative. One person discussed protections and why there was no harm in having an ordinance.

“It wasn’t very long ago that there were Biblical based arguments to justify laws against interracial couples. We have evolved to understand that everyone should have equal access to life, liberty and the pursuit of happiness. Many people, including LGBTQ, have faced discrimination. And, if you believe discrimination has not happened in Augusta then what is there to fear about having a law that allows for those protections? I believe in God and the God I believe in loves everyone. And, for those who are not religious, religion is not the basis for laws.”

One person asked about whether or not a store would be required to serve couples if their religious beliefs are against it. They used a baker who refused to make a wedding cake as an example.

Hartman said a baker’s refusal may be covered under the first amendment, depending on the situation.

“A custom wedding cake may very well be called speech,” Hartman said. “That would be protected by the first amendment. What the baker would not be allowed to do is say ‘you’re gay, so I’m not going to sell you these cupcakes or cookies I’ve already made.’”

Council Members were also given the opportunity to speak on the ordinance.

Matt McCane is in favor of having an ordinance. He said the ordinance will be something that covers protections for everyone.

Jay Yingling said his concern is that the state has not passed a similar ordinance and instead the local cities must pass the ordinances instead. He also said the supreme court ruled several years ago that same-sex marriage is protected by the law.

Dana Bach brought up the discussion on a fairness ordinance during the April meeting of the city council.

Bach said she did not join the council for this specific issue, but she does believe it is important.

She said there was a situation three years ago in which a married couple was refused a service in Augusta.

“Just three years ago, I had a lesbian married couple go to file their taxes at an establishment in Augusta,” she said. “The establishment would not allow them to file there unless they filed as single, so we can’t say it won’t happen in Augusta.

During the May meeting, Bach said the ordinance would protect a lot of people.

“It’s a fairness ordinance,” she said.

The council members voted in favor of the first reading of the ordinance with Tommy Kiskaden voting against.

The second reading will be held in June.

Inauguration planned this summer to convert the ...